The market chooses PE films for the flexible packaging material

Polyethylene films are the most widely used material all over the world. They have a wide range of applications extending from shopping bags to packaging industry. Due to its low welding temperature and technological properties, polyethylene film is considered the most versatile material for packaging. It is used both independently and as a welded layer of combined materials.

According to IndustryARC ™, North America dominates the polyethylene film market with a market share of over 45.23%. This is followed by the countries of the Asia-Pacific region and Europe. North America is leading due to the growth in the number of beverage manufacturers and key players presence in the market. In the United States, consumers prefer polyethylene films packaging that is lightweight and aesthetically looking. It also contributes to the growth in the rate of production of this material. 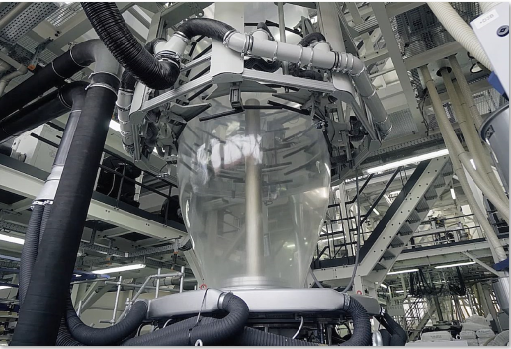 The food industry is the largest end-user of polyethylene films. The market growth is due to the growing demand of packaging for ready-to-eat products, a variety of snacks, frozen foods, and mixtures. The segment is projected to grow at a CAGR of 4.8% by 2028. For agriculture, this ratio is 4.5%.

Considering the situation in Ukraine, we can conclude that the local polyethylene films market is dependent on imports of raw materials. According to Pro-consulting, in 2019 there was a decrease in the capacity of the PE film market by 2%. The decline occurred in all segments. The decrease in exports compensated the decline in production and imports, thus the domestic market itself did not face significant changes.

TECHNOLOGIA JSC specializes in the production of polyethylene films for flexible packaging and is one of the top 5 leaders in Ukraine, producing up to 7.5 thousand tons of film per year. We are a full-cycle production and produce films both for internal use and for sale at the client’s request.

The main advantages of the film made by extrusion technology: minimum thickness difference, high physical and mechanical characteristics, optimal coefficient of friction, no sagging and roughness. In the first place, the demand for such material is determined by packaging for food and beverages, as well as household chemicals and medical products.

The main spheres of application of the film produced by TECHNOLOGIA JSC:

Depending on the wishes and needs of the customer, we offer individual technical characteristics of the film: the ability to produce films with a thickness of 20 to 200 microns and a width of up to 2600 mm using 3-layer and 5-layer extrusion equipment. The film can be both transparent and colored.

Strive to keep up with the times? Contact our specialists in any way convenient for you, and they will help you choose the best material for your product.

This website uses cookies to improve your experience while you navigate through the website. Out of these, the cookies that are categorized as necessary are stored on your browser as they are essential for the working of basic functionalities of the website. We also use third-party cookies that help us analyze and understand how you use this website. These cookies will be stored in your browser only with your consent. You also have the option to opt-out of these cookies. But opting out of some of these cookies may affect your browsing experience.
Necessary Always Enabled
Necessary cookies are absolutely essential for the website to function properly. These cookies ensure basic functionalities and security features of the website, anonymously.
Functional
Functional cookies help to perform certain functionalities like sharing the content of the website on social media platforms, collect feedbacks, and other third-party features.
Performance
Performance cookies are used to understand and analyze the key performance indexes of the website which helps in delivering a better user experience for the visitors.
Analytics
Analytical cookies are used to understand how visitors interact with the website. These cookies help provide information on metrics the number of visitors, bounce rate, traffic source, etc.
Advertisement
Advertisement cookies are used to provide visitors with relevant ads and marketing campaigns. These cookies track visitors across websites and collect information to provide customized ads.
Others
Other uncategorized cookies are those that are being analyzed and have not been classified into a category as yet.
SAVE & ACCEPT
Powered by